What is Colonization in Infection Control? 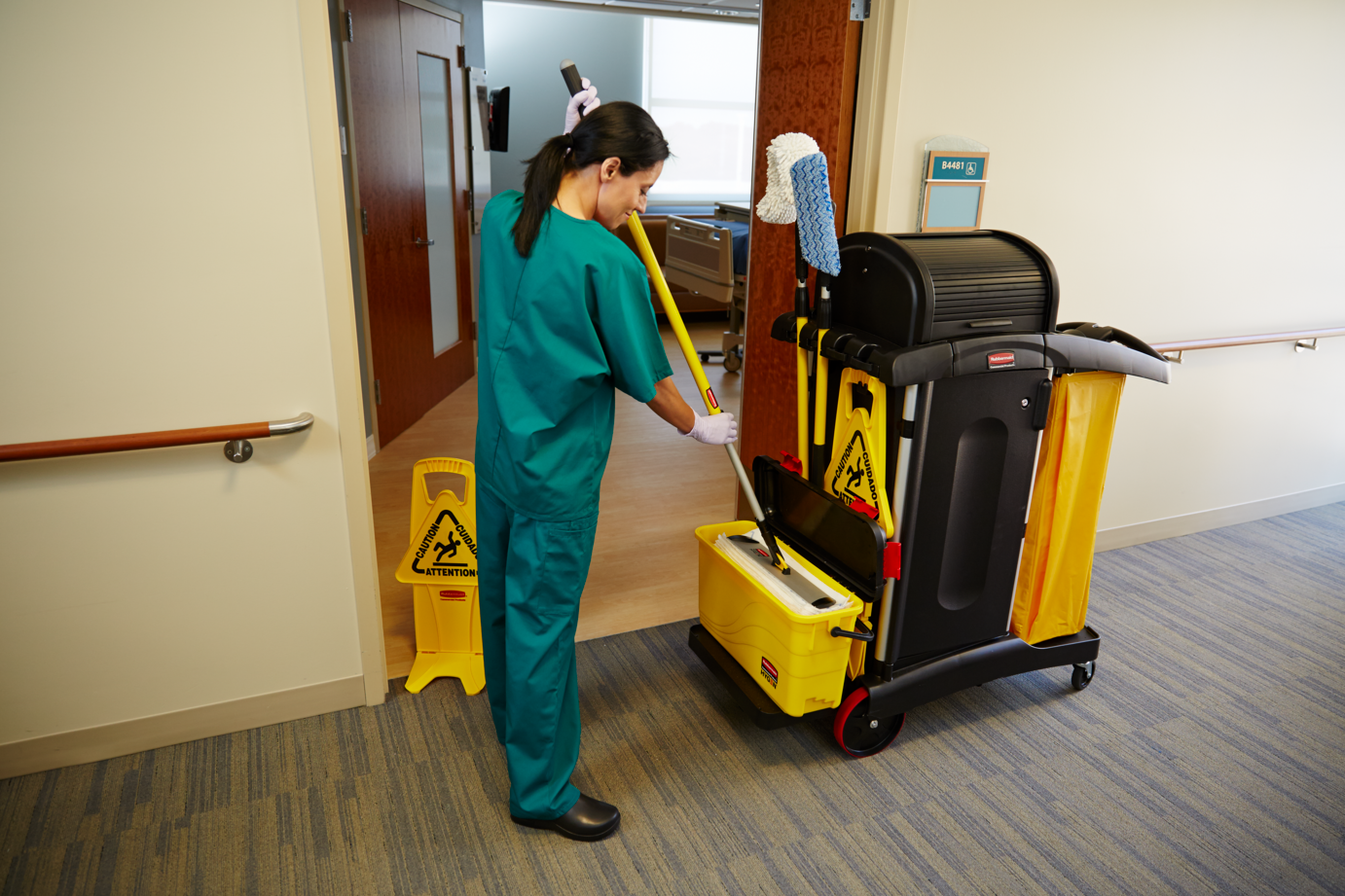 What is colonisation in infection control?

Colonisation is defined as the presence of multiplying micro-organisms on a host but without any evidence of the micro-organisms having invaded the host or caused observable disease or damage. For example, swabs taken from an individual may show the presence of Staphylococcus Aureus on their skin or elsewhere, but the bacteria isn't causing any of the symptoms typically associated with infection (such as pain, swelling or redness at the site where the S.Aureus is present).

An infected individual is not the same as a person who is colonised by a micro-organism. Infected individuals show signs that their body is interacting with the microorganism. For example, if someone is infected by a virus, such as Covid-19, they will show symptoms such as a cough, raised temperature and/or a change in taste or smell. In contrast, someone who is colonised by the Covid-19 virus will test positive for the presence of the virus, but not display any observable symptoms.

Colonisation isn't necessarily a static state - an individual may initially be colonised, then, as the micro-organisms or viral particles replicate, observable infection (interaction between the host and the pathogen) occurs. In other cases, infection is occurring, but the symptoms aren't noticeable or observable.

Controlling the spread of pathogens from colonised individuals presents particular challenges for infection control. Unlike infected individuals, colonised people show no symptoms of infection. Without testing, it's impossible to establish whether they are hosting pathogenic micro-organisms or not. The picture is further complicated by people who may be in the early stages of infection - the micro-organisms are interacting with the host, but no clinical symptoms are present. The difficulty for infection control professionals is to find a way to eliminate the opportunity for micro-organisms to pass from person to person when individuals display no outward signs that they are colonised.

In the majority of environments, where it's not possible to identify colonisers quickly, infection is best managed by working on the principle that everyone in the environment could potentially be a colonised individual. Minimizing the risk of micro-organisms being passed from person to person requires the implementation of an infection control strategy that combines chemical and mechanical cleaning methods.

The simplest way to manage colonised individuals and their role in shedding micro-organisms is to treat them in the same way as infected individuals in terms of infection control. By working on the basis that everyone has the potential to harbour pathogens, and cleaning accordingly, it's possible to keep cross-contamination risks low.

The Australian government has produced a comprehensive set of infection control guidelines. Rubbermaid have used these guidelines as a basis for the development of our guidelines and checklists for cleaners working in aged care facilities and healthcare settings.

Note that colonisation isn't solely confined to healthcare settings - it can occur in any environment, including the hospitality sector and the childcare sector.

It's also important to remember that cleaners can also be colonisers, which is why wearing PPE whilst premises are being cleaned is a vital part of the process.

Where does colonisation present the biggest challenge?

Colonisation risks are usually greatest in environments that are accessed by large numbers of people. Although the risks colonisation pose is usually greatest for vulnerable groups (the old, young and ill), the process of colonisation isn't confined to these groups. Any individual has the potential to be a coloniser. This means that cleaners working in high-traffic settings (such as healthcare, public sector buildings or multi-occupancy buildings) need to be particularly aware of the potential for colonisation and subsequent shedding. Just because users of a space appear disease-free, this doesn't mean that dangerous pathogens are absent.

Implementing rigorous infection control cleaning procedures consistently is the best way to not only reduce the risk colonised individuals pose but also minimise the chances of other, non-colonised individuals being exposed to dangerous micro-organisms. As well as ensuring appropriate cleaning takes place, prompting positive changes in individual behaviour also makes a noticeable difference to the likelihood of colonisation. Simple precautions such as regular hand washing, disposing of waste appropriately and limiting contact between individuals (such as reducing the numbers in waiting areas) can all help to keep colonisation levels low.

From everything you need to enable individuals to maintain hand hygiene to top-quality microfibre cloths and mop systems, Rubbermaid has the right products to enable effective infection control.

If you're not sure what you need to ensure the highest standards of infection control, the Rubbermaid team are happy to advise, based on your individual cleaning requirements and priorities.

Contact us with an enquiry or for further information about our products. Microfibre cloths play a key role in infection control - ask us for a free sample of the Hygen Disposable Microfire cloth. 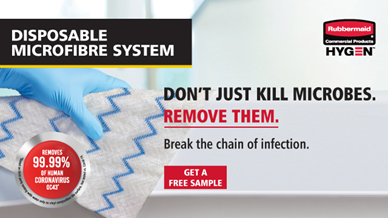 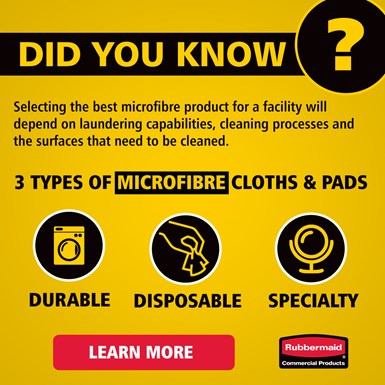 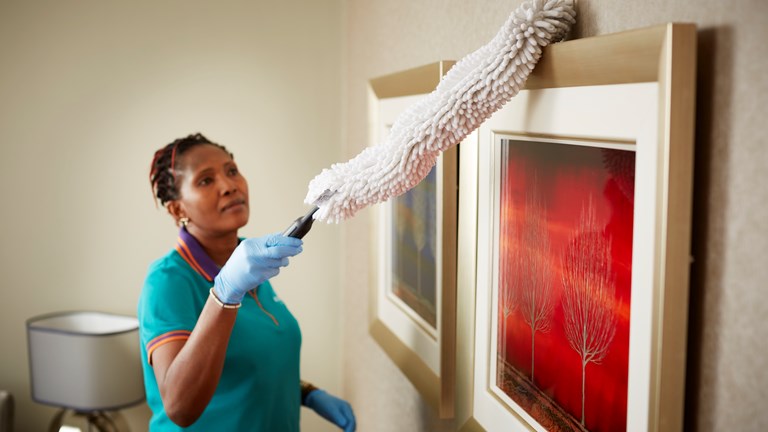 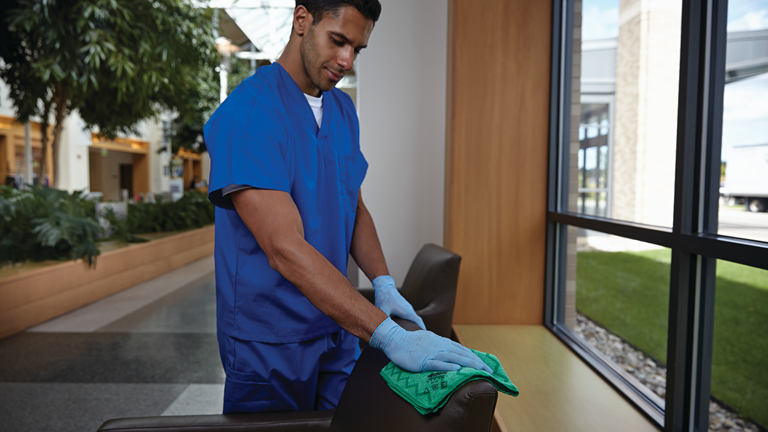 What is Microfibre in Cleaning? 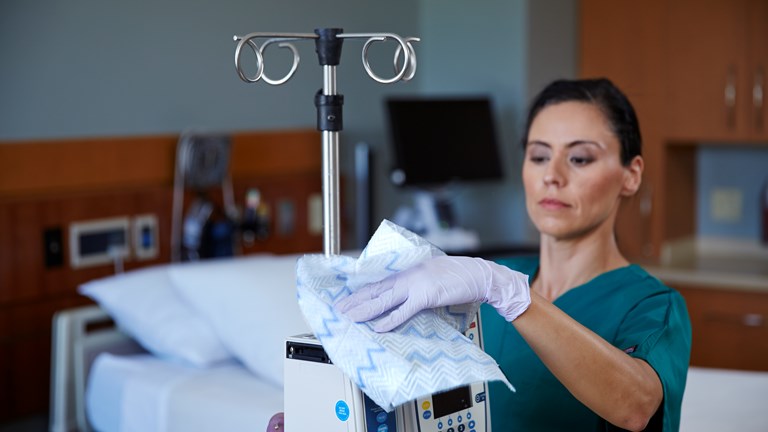